Benny’s musical career began at age thirteen when he began performing at small local events and audiences were mesmerized by his dazzling voice.

Benny split his time between recording his debut album “Taamu” and making appearances all over the country. One of the most highly anticipated debut albums in Jewish music history, Taamu was hailed as both the best debut album ever produced and 2009’s album of the year, firmly cementing Benny’s place as one of Jewish music’s elite. Demand for the talented singer skyrocketed as Benny performed at dinners, weddings and other events worldwide.

Benny’s second studio album, “Yesh Tikvah” was released and quickly became the hottest Chassidic album in the world and one of the top selling CD’s of the last decade. Yesh Tikvah’s music video on YouTube records over 4 million views. Benny released a Shabbos collection album in 2013 to the delight of fans, called “Bnei Heichala – Children of the Palace,” which has become common place on radio stations Erev Shabbos playlists around the world. 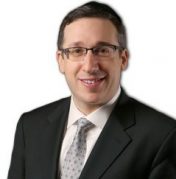 Cantor Benny Rogosnitzky was born in Liverpool, England, but spent his early schooling in the Netherlands and Johannesburg.

At the age of nine, his liturgical talents were discovered by world-renowned cantor Johnny Gluck, and he subsequently joined his choir as a child soloist.

About Cantor Benny Rogosnitzsky At the same time, he furthered his Jewish Studies in the Manchester Yeshiva. Cantor Rogosnitzky pursued his higher education at the Royal Manchester School of Music and Art, where he earned his Masters Degree in Music Theory. He has since lectured widely on music and its application to prayer and served as a guest lecturer at the Yale Conservatory of Music in the USA.

Affectionately known as “Cantor Benny,” he also gives classes and maintains a rigorous regime of study and practice of traditional and modern liturgy and music. He has produced several concerts, performing worldwide in New York, London, Tel Aviv, South Africa and Warsaw. Cantor Rogosnitzky’s interests and talents are not limited to the sphere of music.

Discography Cantor Benny Rogosnitzky worked closely with late international financier, Edmund Saffa, and has been instrumental in the organization of a myriad of successful charitable functions. He is also actively involved in Jewish outreach, both in the USA and Israel. He is passionately committed to making a meaningful difference in people’s lives. In 1996 he was appointed as the senior cantor of the prestigious Jewish Center on the Upper West Side, where he served for 13 years.

He now serves as Cantor at Park East Synagogue.